Oil prices are at the highest since 2014 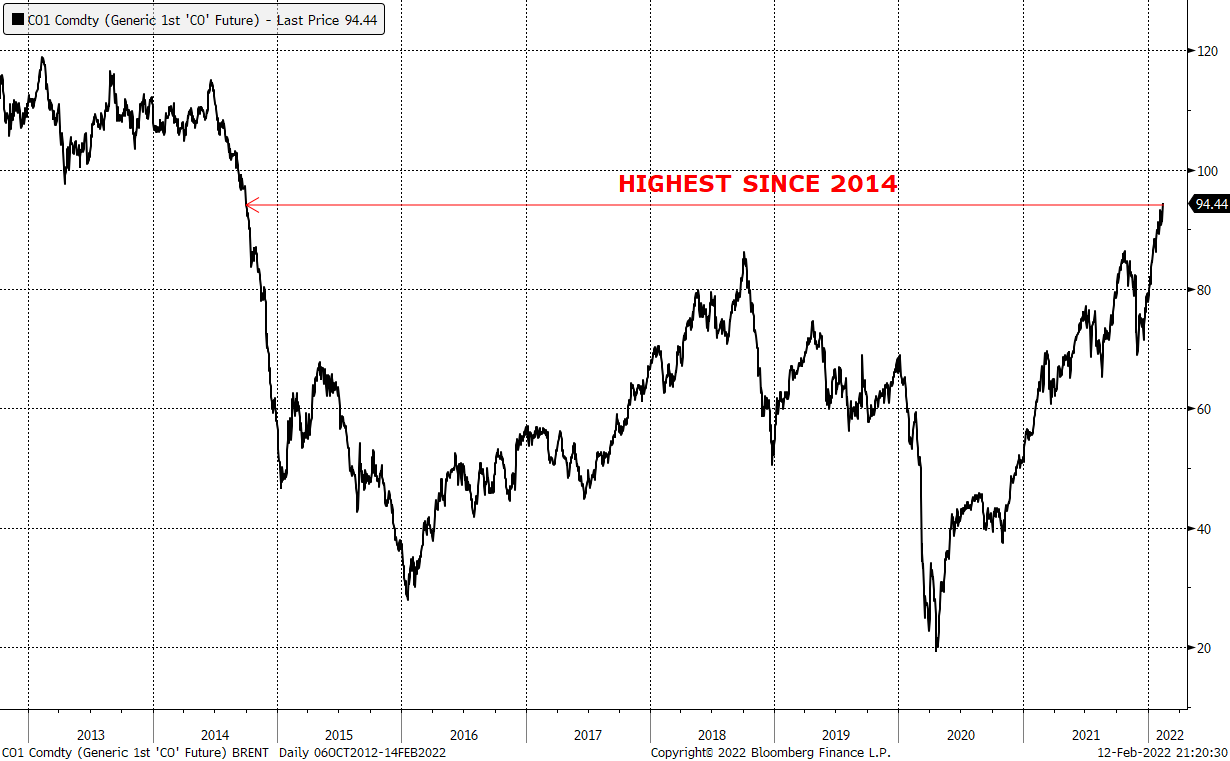